4 Strengths EVERY successful creative entrepreneur has - do you have them?

[Note: This is another excerpt from my forthcoming book "Creative Freedom" - which I'll be sharing in full with participants at Creative Freedom Live. Seats are going fast - we've got about 5 spots left. If you want one, it's time to get moving and get registered!]

In all my years as both a creative entrepreneur and a coach for other creatives, I've watched plenty of people rise and fall. From one-hit wonders to big-shot internet marketers, some have staying power while others go stale faster than an open bag of potato chips in Michigan's muggy Summer weather (trust me, it's bad!).

What is it that causes some creatives to rise to prominence while others remain in obscurity?

It's something that's fascinated me for years. We all know someone that we think doesn't deserve the spotlight they have. You may be more talented than they are, and yet they're the ones with all the attention. Sometimes they're slimy jerks, who've manipulated their way to the top, and other times, they're just "in the right place at the right time" because they've got connections you don't. And then there are the truly amazing superstars that give us hope, inspire us to go after our dreams, and become our role models on our creative journey - the ones who we believe deserve all the kudos and accolades they receive.

Regardless of HOW they rose to prominence in their field, they've worked hard to get there - even if the work was less than ethical.

But there's something I've found that all these people have in common - whether they're good-hearted, wonderful people or slimy, manipulative baddies. In fact, there are 4 must-have skills and traits that every single one of them have in common - regardless of their creative type. Without them, it becomes nearly impossible to achieve the success and longevity you desire as a creative entrepreneur.

This one seems obvious, right? But clarity is very nuanced. What exactly do you need to be clear about?

For one thing, a creative entrepreneur need to be clear on who they are. My friend, Tajci Cameron was an international pop music superstar and she bagged it all because they were trying to cram her spirit into a mold that didn't fit the powerful, thoughtful, change-making woman she was becoming. She came to the states with just a few dollars, knowing no one. Decades later, Tajci's created her own path - one that's given her more joy and fulfillment than she ever had in her "glory days" when they made a doll in her image.

Tajci has one of those dolls on a shelf in her office. I was envious when I first saw that doll. But then it occurred to me that the doll represented just one small piece of who Tajci really is. She's so much more than a doll in a box. No box could ever contain the boundless light, life, and joy she brings to her fans (and the world) through her music, stories, and video journal. Tajci's found a way to stay true to who she is and still create in ways that are meaningful to her.

In addition to being clear on who you are, you need to be clear on how you want to show up in the world. You also need to be clear on your message and why it matters to your audience. These answers come with time and practice, but they are crucial to having staying power as a creative entrepreneur. Tajci could have given up years ago, but she knew that music was her path.

"Throughout my journey," she says, "knowing there was someone out there who could hear my voice and my songs gave me a sense of being heard, accepted, understood and loved... I am a singer/songwriter and passionate about my music, I use it to express myself and give voice to my soul- as free as I am courageous to let it be."

It takes guts to face regular rejection of your work - and not see it as a personal rejection. It takes guts to step out on faith and do something you've never done before. Yet courage is one of the biggest elements sorely lacking in so many talented creatives. When I was a kid, I was told to be offended if someone ever said I had potential. "It means you're not living up to it."

For better or worse, Justin Bieber's got courage. In a 2009 interview, Bieber recounts how he met Usher:

"Usher happened to roll up in his Range Rover. I ran up to him, and I was like, 'Usher, I love your songs. Want me to sing you one?' The politest possible way he could say no, he did. ... I took the hint. I didn't get to sing for him: He had to run into a studio session."

Kids are often the most courageous among us, and Bieber was still a kid at the time of this chance meeting with his idol. He didn't let that stop him. He knew this might be the only chance he had to meet or talk to Usher, and he took that chance. It didn't seem to pan out at first, which is more common than you might think. But thanks to a little help from his support team (we all need one), Justin did get that chance after all:

"He actually watched my videos — after my manager got to talking to him — and was like, 'I should have let this kid sing,' and flew me back to Atlanta where I got to sing for him in a proper setting."

You've got to have the courage to own your message and speak it into the world - in whatever format your Great Work "speaks". You've got to have courage to consistently show up as your true self - warts, sparkles and all, as I like to say. You've got to be willing to be unpopular, and sometimes borrow someone else's courage for yourself. Stephen King's book Carrie was rejected so many times he threw it in the trash. But his wife was courageous enough to dig it out of the trash and not let him give up.

You've also got to be courageous enough to admit and own your mistakes and make amends.

Courage creates opportunities for practice - which is how you build confidence. Confidence to nurture your message, nurture your audience, and nurture yourself. It's the difference between being a Freshman and a Senior in high school. My physics class had students from all grades in it. Sure, I was smarter than some of the Seniors in that class, but when we left the classroom, they were the ones exuding more confidence in the halls.  They knew who the best teachers were, which ones to avoid, and the underclassmen looked up to them, aspiring to be them in many cases.

When you've been at the game for a while, you know the rules, you know where you can bend them and where you have to press on through the hard stuff. You know what to avoid, what to accept, and what you can change. You know the difference you can make. That's the difference between courage and confidence. Courage comes from facing the unknown while confidence is built through knowing.

Confidence allows you to say no with grace and yes with enthusiasm and know when things are or are not a good fit for you. Confidence gives you a greater ability to trust the process, trust your team, and make strategic decisions that benefit you in the long term even if they're not so great for you in the short term. Many times, when working with clients, this is the piece that snaps together the fastest, once we've got their courage issues handled.

Confidence is NOT the same as arrogance. Arrogance is confidence in your own infallibility. No one is perfect. Arrogance drinking your own Kool-Aid and believing your own hype. Don't fall victim to it.

Here's the kicker. Ya gotta have more money coming in than going out. Toni Braxton is the poster child of this issue. After filing bankruptcy, she worked her way back and launched a self-funded stint in Vegas. Just after she renewed her contracts, she was diagnosed with medical conditions that kept her from keeping her commitments. She filed bankruptcy again, this time knowing she never be able to perform at her peak again. "I'm definitely on a budget," she said in a 2012 interview.

Where's the money coming from? Where's it going to? What do you have set aside or saved up for the unexpected? You can run on credit for a while, but, like Braxton, it'll eventually come back to bite you. The sooner you can get in the black and stay there, the better off you'll be.

I talked about all this in today's Facebook Live. Here's the replay:

2 362 Well, the auditions for Season 7 of The Voice have come to a conclusion for me. I filmed this yesterday on our way out of town. The audition was awesome, and while I didn't make the cut, I'm completely happy with my audition and learned a lot along the way. A post will […] 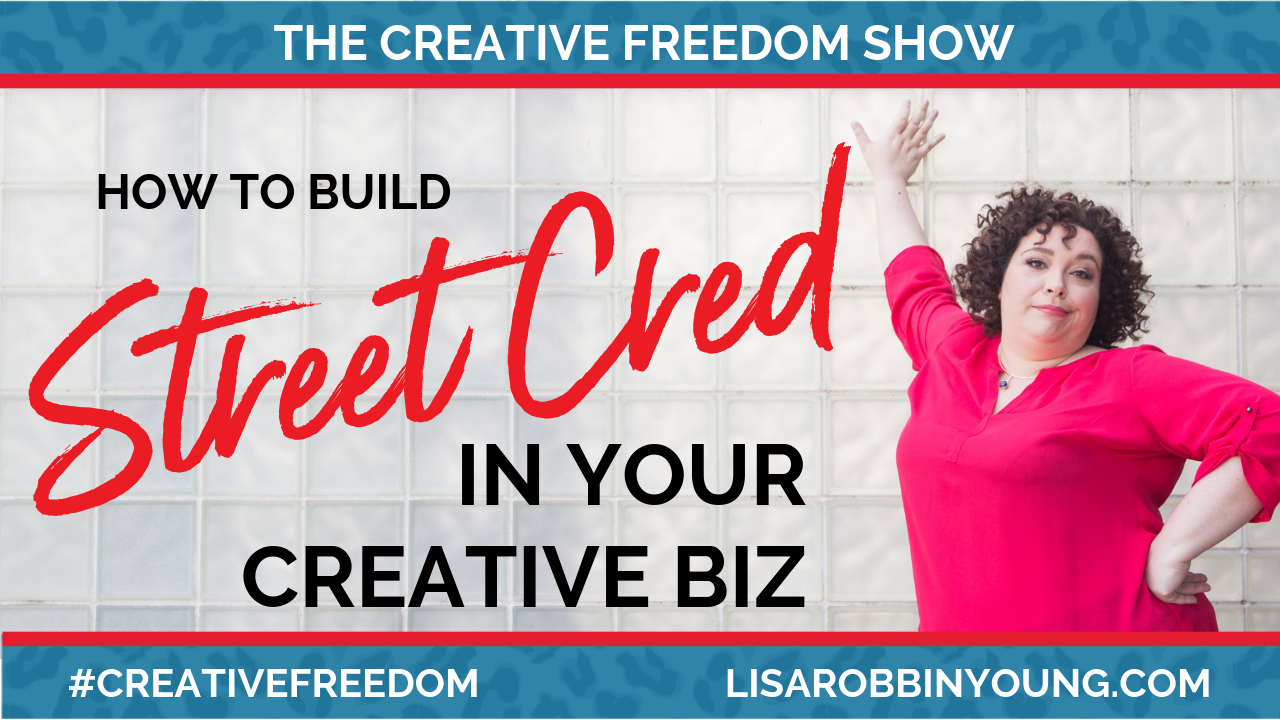 One of the things that stops creatives from growing their business is a fear that they don’t have the credibility it takes to attract quality clients. Fusion Creatives tend to be “credential collectors” which stops you from bringing your Great Work to the world. This episode shares five things you can do (starting today) to build credibility in your niche, even if you’re just starting out.