First and foremost: THANK YOU.

Secondly: Where Ya Been?

On one hand, I am thrilled beyond thrilled that my home, Flint, MI, is getting so much celebrity attention, because, as one minor celeb put it "maybe it will shame the responsible people into fixing the problem."

While we all appreciate the support, I'm also all too aware at how quickly the spotlight fades. Lead poisoning has a lifetime of devastating effects, and while I'm glad for the millions of bottles of water being trucked in for Flint residents, I am also angry and cynical that this is just a PR stunt for so many of these celebs. It is easy to throw money at the problem and say you have done your part, but where will that support be in 5, 10, or 20 years when the people permanently affected by lead poisoning need continued educational and medical care?

Yes, Flint needs clean water right now, but this is a very long-term issue... And Flint is not the only city with issues like this. I know that while Flint is the "Tragedy Du Jour" you'll be tweeting, throwing cash our way, and maybe even holding a benefit concert or two (not in Flint, of course, but hey, at least you're helping!)

When I heard that Jimmy Fallon was donating $10k to the Flint water situation, I had mixed emotions. Yep. Ten grand is great, but it's also (no pun intended) a tiny drop in a very large bucket.

Here's what I mean:

When my husband and I bought our first home as a married couple (in what is now one of the hardest-hit zip codes in Flint), someone stole all the copper pipes out of the house before we could move in (yes, Flint is in THAT much financial peril, folks). I cost us nearly $10k to have the pipes and boiler replaced.

Which, if you do the math, means that Jimmy's wonderfully generous donation MIGHT help one home get replacement pipes. And that largely depends on who he donates it to, and how they use the funds. The Community Foundation of Greater Flint won't even use that money to fix the pipes, though they are making a plan for long-term supports for the children of the community (YAY!).

There are tens of thousands of affected homes for nearly a hundred thousand residents (plus all the vacant homes), and that doesn't count the underground pipes - which the government is estimating at approximately $1.5 Billion.

My friend Dave does a better job than I do of explaining how it's NOT the river's fault. At least, not entirely. Because the community knew the river had issues decades ago due to corporate dumping (Thanks, GM!), there's been a concentrated effort to clean it up. And the river, while somewhat corrosive, is, as Dave says, "well on its way to recovery". Kettering University even issued a report stating that it's not the river, it's the process between the river and the faucet that caused the problems.

When I was in my 20's, I played a game called SimCity 2000. In it, there was a scenario based on the 1970's industrial decline of Flint. I played that scenario for months and never could win (I am not the only one). I later learned that the fastest way to beat the scenario was to lower all the industrial taxes to zero.

If only it were that simple in real life. Governments across the country do stuff like this to woo industry to the area. You know, like when Michigan lowered taxes to lure film makers to our state. Semi-Pro, anyone?

But once the incentives are gone, there's no incentive to stay. Faster than that ill-fated Will Ferrell flick left the theaters (which was filmed in Flint, by the way), industry bails on the community that lured them there.

GM had it good for decades, and when globalization gave them greener pastures in places like Mexico, they split. And guys like Michael Moore (who can only claim Flint as his birthplace, NOT his home. Don't get me started!) use it as a platform to further their careers.

And now there's this whole water debacle. I won't go into what some people consider the politically or racially motivated aspects of this story. It's an incredible morass with lots of finger pointing at all levels of government that people are still trying to filter. The fact remains that people are sick, poisoned, and in a panic about whether or not they can trust the water coming out of their tap... for good reason.

Flint isn't the only city with aging - dare I say crumbling? - water infrastructure. If you look at many cities in America's so-called "rust belt" (of which, Sebring, Ohio, would also qualify), you see communities that held too tightly to the industries that left them for "greener pastures". These communities counted on that tax base, didn't plan accordingly, and when the corporations pulled out, were left with a shrinking tax base and bulging financial needs.

Now their infrastructures are failing. In Flint, an Emergency Manager was called in by the state to "fix" the problem. He's now "fixing" the problems in the Detroit public school system - with comparable results.

Unfortunately, Flint residents can't just opt to not participate as a show of protest. This is water we're talking about. We use it for just about everything.

Sure, it can be said that these communities didn't set up sinking funds to handle upgrading and improving infrastructure, but I don't place the blame at the feet of these communities. How could they know that the industries they wooed, that they pinned their hopes on, that they built their towns around, would abandon them?

But abandon them, they did. When I drive past the corner of Dort and Davison in Flint, I shake my head. Less than 5 years ago, a massive factory (Delphi Flint East) sprawled across the landscape. A bustling micro economy surrounded the facility: stores, restaurants, bars, gas stations. Now, the entire area is practically a wasteland, as the entire complex has been leveled, fenced, and "left for dead" - another contaminated brownfield in another Flint neighborhood.

There are those that believe clean, safe water isn't a universal human right (or that water should be privatized - take your pick).  But privatization may or may not fix the infrastructure. Plus, nearly 40% of Flint residents live at or below the poverty line. More than 50% are minority groups. Mixed races (like me) make up about 3% of the population, while the city on the whole is predominantly black...in part due to decades of "white flight" to outlying areas.

And then there's the guilt... Because I was able to move out just before the water was switched (we are just outside the city now), but my son wasn't so lucky. He was there with his girlfriend when the city switched over to river water in 2014. Right away they knew there were problems ("cosmetic" according to government officials). They didn't drink it, thankfully, but they bathed and cooked with that water for nearly a year before he, too moved out of Flint.

They would come and visit regularly, and we'd send them home with all the water we could bottle up for them, since their locals stores were always sold out of bottled water. That was two years ago. We still don't know if it had a lasting impact because he isn't eligible for treatment because he doesn't currently live in Flint. Even undocumented aliens in the area haven't been able to get clean water because they can't prove residency (that's changing now, thankfully).

I understand the need for these rules, but this is SUCH a mess. The city has started sending out past due water notices and threatening to call child protective services if the bill isn't paid... Because state law requires running water in a house for child welfare, but apparently, it doesn't have to be drinkable.

Flint Is A Cautionary Tale

Lastly, don't be fooled into thinking this is an isolated incident. The story of Flint's political intrigue and industrial decline could happen anywhere (and it has). You are not immune. Yes, perhaps bringing light to Flint will "shame those responsible into fixing the problem" - but more often than not, it doesn't work that way. And why should we have to shame people into doing what's right? What's happened to the world that it requires shame to get our leaders to actually lead our communities?

I am holding joy, guilt, pride, fear, anger, and skepticism in my heart right now. Because while the spotlight shines on Flint for a time, we all know that spotlight will eventually fade, and people will still be in need for many years to come.

So thank you, Hollywood, for being part of the solution in Flint, but realize that this is just a band-aid. Sure, we need band-aids, but they don't last. Ask yourself: will you be around when it's no longer "sexy" to be part of solving Flint's issues, or is this just another tool to further your career?

Take a look at the LONG list of people from Flint who have populated entertainment, sports, and more. For as many problems as this midwestern, middle of nowhere community has, it has been a fountain of magnificent people for decades. Some used to joke that all this amazing talent couldn't be a coincidence. "It must be something in the water" they used to say.

I wonder if they'd say that now?

Where would YOU be without the people from Flint?

To all my Flint ex-pats: How are you supporting the very community that made you? Did you leave with no desire of ever turning back? Did we forget from whence we came?

As an entrepreneur, I understand why companies pull out of a community for better economics, but as a human being I ache for the people left behind in a mess like this. I am committed to being part of the solution, and my company's shifting our giving for the next 15 years (at least) to support Flint's ongoing needs.

Band-aids have to be replaced. But Flint needs a long-term solution that no one person can provide, and I can only hope that all our drops together can flood the system and begin to heal this incredible nightmare.

Kind of like the amazing comeback of the Flint River itself.

(NOTE: I'm just about finished with the Creative Freedom entrepreneur type quiz. If you're not already on my mailing list, subscribe [in that handy box above] and be the first to get access!) This summer, I've been channeling my inner crafty woman. I'm a pretty good singer and speaker, but I never really thought of […] 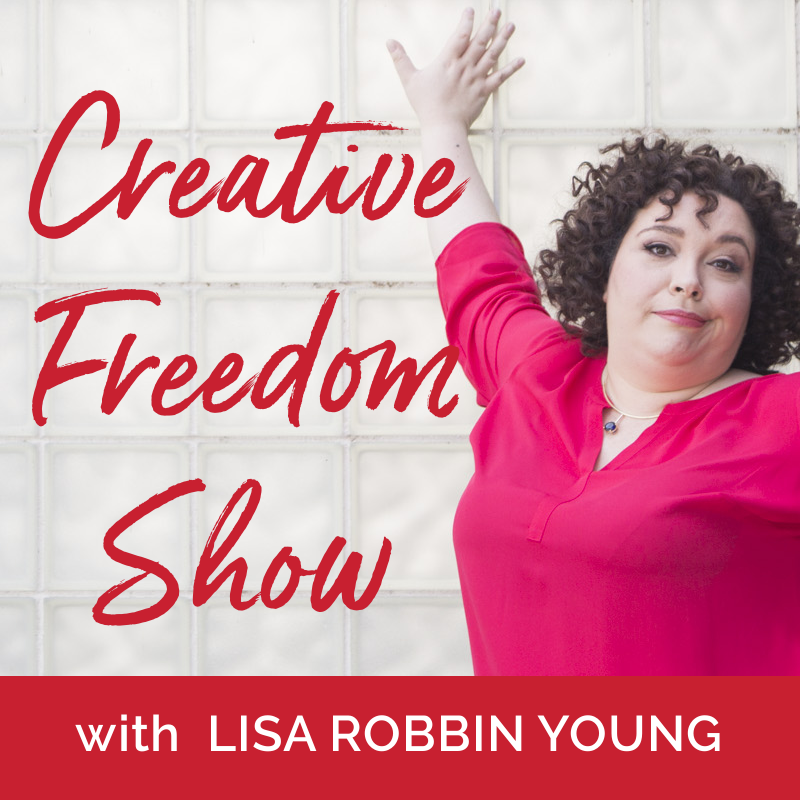 This is bonus episode 6 where we begin our conversation about the Business Hierarchy of Needs and the lowest level of the hierarchy: Sales.

The Business Hierarchy of needs is a concept developed by Mike Michalowicz, author of the upcoming book, Fix This Next. I'm a certified Fix This Next advisor, licensed to share this information before the book launches.