When should you give up on your dreams?

[Note: This is an excerpt from my forthcoming book, Creative Freedom. If you'd like to be part of the advance team and get more sneak peeks of the book, contact me for more info.]

There's a quote often attributed to John Lennon:
"Everything will be okay in the end. If it's not okay, it's not the end."

Dreams are kind of like that. It sounds trite, I know, but the reality is that if something really matters to you, there are really only two things that will prevent you from pursuing it in some way:

Death is fairly self-explanatory, so we'll leave that here and explore option two.

What matters more than your dream?

When I was a kid, I fancied myself as the next Madonna or Paula Abdul. I was a pretty good singer, and I spent countless hours practicing dance routines for the world tour I imagined I would lead once I became a rock star. I studied music at college, got a degree, and even moved west in pursuit of that dream.

For years, while my dreams of professional achievement languished, I put my focus, energy, and money into being a wife and mom. That was my priority. I made it so. I chose that life over pursuing my dream.

There are all kinds of "reasons" I could give as to why I made that choice. Here are a few:

Ultimately, I let guilt, shame, and fear dictate my priorities. Choosing to be seen in a certain light (by my family, friends, and children) were more important to me than pursuing my dreams. 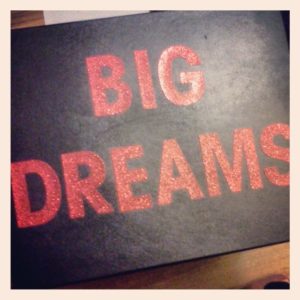 For more than a decade, my dreams sat in a metaphorical box on a shelf in the attic of my soul. I didn't touch my musical instruments (I owned seven). I didn't even play the radio much. Music was all but absent in my life, with one exception: community theater.

I was somewhat of a fixture at the local theater. Ted, the Artistic Director, knew I was talented and a hard worker, so I was practically guaranteed a role every season. Usually not the lead, but something that allowed me to be in the spotlight, share my gifts, and get me out of the house a few nights a week during the run of the show.

That was my "fix" and, for a while, it worked. I was happy to contribute and be part of something that gave me a small glimpse into the life I wasn't ambitious enough to pursue because of other "reasons".

It was enough. Until it wasn't.

A friend and I had approached Ted about doing a holiday musical revue. He loved the idea. As we began rehearsals, Ted told me that ours would be the last show produced at the theater. After 15 years, he was closing his doors.

At first, it didn't register how much I depended on Ted and this rag-tag bunch of musical misfits. We all had "other lives" that kept us busy - teachers, lawyers, service workers, college students - but on Ted's stage we were all equals. We were all craftsmen.

We were family - and Ted was breaking up the band, so to speak.

I didn't realize, until recently, how important that creative outlet was for me. It was my primary source of adult conversation and a safe space to practice my art. It was also a happy-medium for a married mom of two with responsibilities and "reasons" that kept me from pursuing my dream.

And then it was gone.

I briefly toyed with the notion of taking over the theater, but my life and financial situation at the time just couldn't swing it. That's when everything in my life started to unravel. My kid ran away and ended up in jail, we filed bankruptcy, I lost my car, my home, and I hit the skids - quite literally.

I was driving my husband's car on the freeway. As I started to change lanes, it spun out of control. I threw my hands into the air as the car swished and fishtailed across three lanes, landing in the ditch, facing oncoming traffic. I looked up just in time to feel the rush of wind as an 18-wheeler sped past.

Somehow, I was still alive. Unscathed. Awake. The car had stalled out, but was otherwise fine. A Freudian moment.

I reasoned with myself that I should probably be dead. The only reason I survived was because, as Lennon put it, it's not the end.

So why I was still alive? What was this wake-up call all about?

God talks to me in the voice of James Earl Jones - very deep, precise, and clear. Each morning for a few weeks, I posed the "why am I still alive?" question during my sacred practice. One day the notion to spend a year working on a new album crossed my mind. That thought led to doing 100 songs - just 2 songs a week. That's when Darth Vader boomed in.

I've learned not to argue when my inner Darth starts talking. So I started on the journey that has now become my 300 songs project.

Jim Rohn famously said "Become a millionaire not for the million dollars, but for what it will make of you to achieve it." About 100 songs into the project, it became clear that it was less about the number of songs, and more about who I was becoming in the process of making them.

I was unpacking my dusty box of dreams, recalling the value of these old treasures - some of which still had meaning for me, others from which I was finally ready to move on. I pulled out those old songs, those dance routines, and I had to decide what my dream really was.

See, your dream is relentless. It persists even when you don't want it to. You almost can't let it go because it keeps coming back to haunt you. Fantasies, on the other hand, are something that you can plow a lot of time, energy, and money into, but at the end of the day, you feel a relief to let it go.

Dancing was like that for me. I still love to dance, but I'm almost 100 pounds heavier than I was when I dreamed of being the next Paula Abdul. While I'm working on getting into better shape, the thought of re-conditioning my body to the level of a professional dancer feels like a punishment worse than death!

When I gave up on the dream of becoming a dancer, I felt unimaginable relief. Can I still dance? SURE, but on my terms - without the pressure of maintaining a dancer's body.

Becoming the next Paula Abdul or Madonna was my fantasy, entertaining and inspiring people is my dream.

In fact, I can't imagine my life without a spotlight and inspiration in some way, but if I could never dance again, I don't think I'd cry too much about it. As a kid, I believed that's what I should do, if I wanted to be famous. I should learn to sing, act, dance, and play an instrument - and be good at all of them. That way, I've got a much better chance at "stardom".

But as I unpack this box of dreams as an adult, it isn't about the "shoulds" of the world around me. I'm older now, and while I still care what people think of me, it matters far less than it did a decade ago when my roles defined me.

That's not who I am anymore.

Those priorities don't matter like they used to. I stopped defining myself by what I couldn't have and began to shift my focus to what I really wanted - what truly mattered to me.

And that's the point. When something else - even fear - matters more than honoring the Divine call of your dream, you'll try to ignore it. But if it really matters to you, it will not remain silent. It will fight to be heard. It will wake you from your anesthetized way of living. It will violently shake you - with the force of an 18-wheeler - until you make a choice.

Then you will find a way to pursue it - in stolen moments while the kids are at school, or while waiting on hold with the power company. You'll get up early, stay up late, and make any excuse you can to take even the smallest step toward realizing your dream.

Or you will choose to let it go. No longer a priority. No longer the dream it once was. In which case, it's not your dream anymore, so it no longer needs pursuing.

Mourning the loss of a dream, or letting it go joyfully (your choice) is not uncommon. Kids do it every day, with much less drama and heartache. They find something new that captures their imagination, and they pursue it until it's not worth pursuing anymore. Everything they pick up and put down acts like a filter, helping them draw closer and closer to what it is that really matters to them.

For me, dance and drama led me to refine my skills as a storyteller, a performer, and to be more comfortable in my skin - critical skills that make me a better musician, author, and coach. For a time, I thought dancing was part of my dream. Dancing wasn't my dream, but it pointed the way.

Will your dreams always manifest the way you envisioned? Not likely. But that won't deter you if it's really your dream. Many are the stories of elderly men and women who found success with their dreams much later in life. Who cares how long it takes? The pursuit is part of the work of building the dream in the first place.

And should there come a time when other choices, other goals, other priorities truly do matter more than your dusty old dream, then pack it away for a time, pass it on, or simply let it go.

In the end, whatever you choose will be okay. And if it's not okay...

Feeling stuck and unsure of your direction? I am honored to be co-hosting a webinar on May 12 with Tajci Cameron that might help. Tajci's a former Croatian pop star who left it all to try her hand at the American Dream, only to get stuck herself. Join us as we explore the steps she took to awaken to joy and purpose in her life and break the cycle of pain and fear that was holding her back. Click here to meet Tajci and register for this special event! 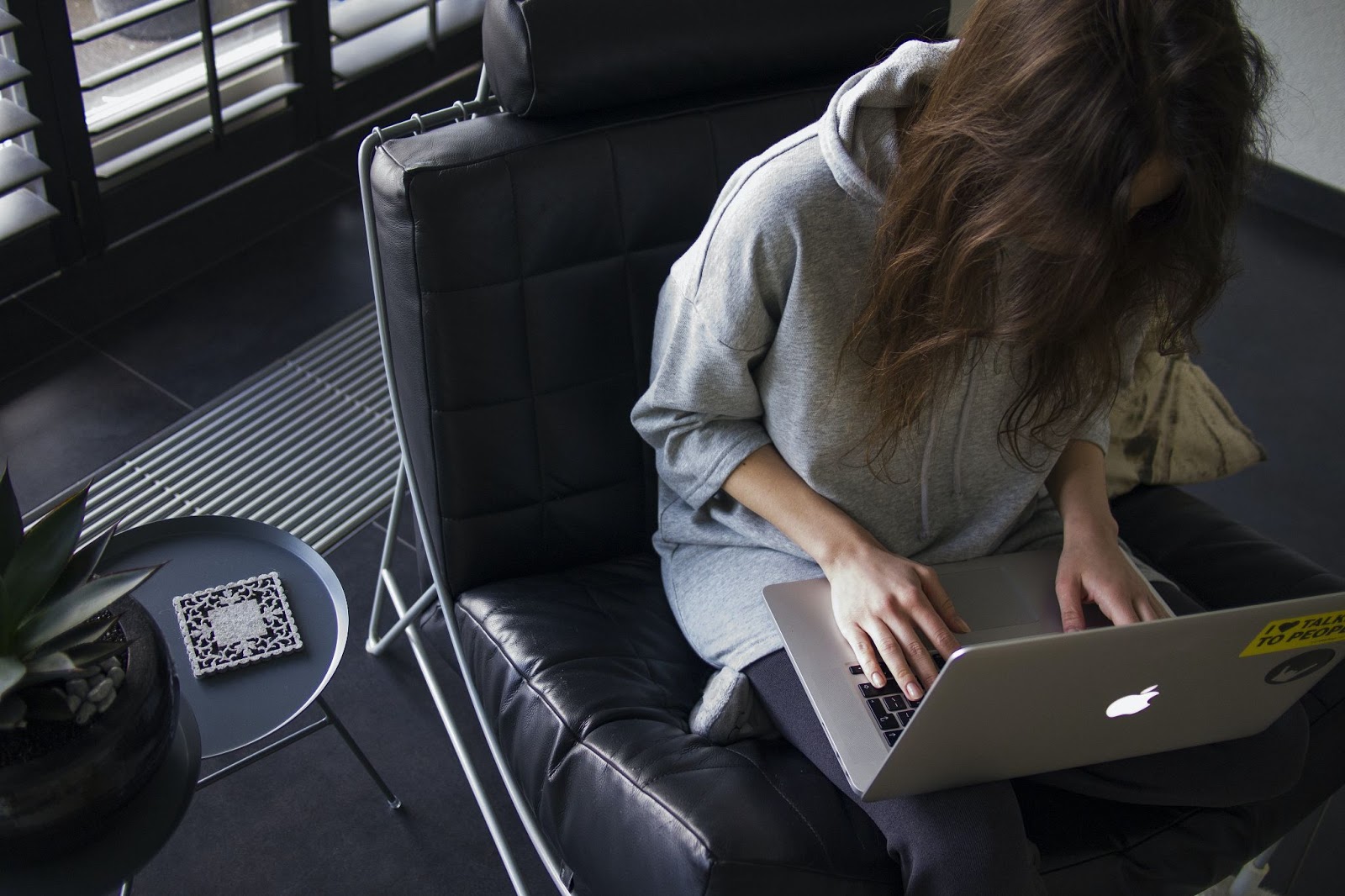 While there are plenty of ways in which you can turn your creative talents into a business, you need to ensure that you are always looking towards the future as opposed to being caught up in the moment. In short, you always need to be on the lookout for ways to develop or upgrade your […]