This is where it gets fun and tricky. For some creatives, it feels like a dream number. Like it's an unobtainable "nice to have" that would be cool if it were possible. They envision lazy days on an exotic beach somewhere, sipping cool drinks by a warm sea, while people pay top dollar for their creative genius. Their flights of fancy are short-lived however, when they look at their current financial situation. They're just having a hard time believing that kind of lifestyle is possible for them. For others, perhaps, but not them... at least not now.

For some creative entrepreneurs, it's a clear goal. Maybe they've already hit it once or twice (or come very close) and they're ready to make it a regular thing. They're tired of being teased, and are ready to build something solid.

For others, they've already hit six figures, but they're not enjoying the income they're making because they're not as profitable as they thought they'd be (see my definition of profitable for a deeper explanation of how I use the word.).  They're tired of trying to manage everything themselves.  They know they need support, and they want to efficiently and effectively get the right people on the bus, as Jim Collins would say. They don't have time to play around, even though they have a LOT of fun doing what they love.

For some people making six figures is a necessity. It may sound hard to believe if you've never been in their shoes, but if you're living in a major city, like New York or San Francisco, rent alone can be a hefty five-figure sum for even a teeny-tiny place. If you've got a family, it's even more. While it's true that many people can have a six figure lifestyle without ever making six figures in a single year, it's also judgmental and probably not practical to uproot yourself and live someplace less expensive (particularly if you've got family or a spouse that are tied to your locality). If you've made choices that find you in this situation, no amount of criticism will help you earn the six figures you seek.

Note: you can add as many zeroes to the number as you'd like. The problem is still the same: you've got to have a clear understanding of your expectations. I call this the 6-figure distinction. Until you're clear on what "six figures" means to you - what it looks like, how it feels, how YOU experience it - you'll continue to hit walls in your business growth.

This week's episode of Creative Freedom sheds light on the 6-Figure Distinction, and helps you get clarity for your own life and business.

The more connections you have, the less cash you need.

We didn't have time to really expound upon this in the video. As an entrepreneur who started with nothing, it's important to emphasize that my network of awesome friends and colleagues came because I've been able to be a resource to them. I didn't just make friends so I could use them for my own gains. Which means there's also a limit to how big your effective network can be. You can't help everyone all the time. So at some point, you DO need cash.

Your people are your reputation.

Jim Rohn famously said that you're the average of the 5 people you spend the most time with. But the more people in your circle, the more watered down your average is. These are the people talking about you, referring you, connecting you to their people. How do you want to be known? Who do you want to be known as? Your answers will dictate the size of your network.  You have to judiciously balance the number of people you're serving in your network with the number of people helping you. If you swing too far out of balance in either direction, resentment ensues. Been there. Done that.

People are a resource, not a tool. Choose wisely. (tweet this)

You can have an incredible life and a business you enjoy without ever making six figures in a single year. You can also make millions and be miserable. I've seen it happen with clients and colleagues. I've lived it myself. Your distinctions and perceptions will ultimately color your experience of your life and Great Work.

What is your vision of a six (or more) figure lifestyle? What goals are you setting for yourself in your Great Work? Share your successes and ideas in the comments and be part of our Rising Tide. 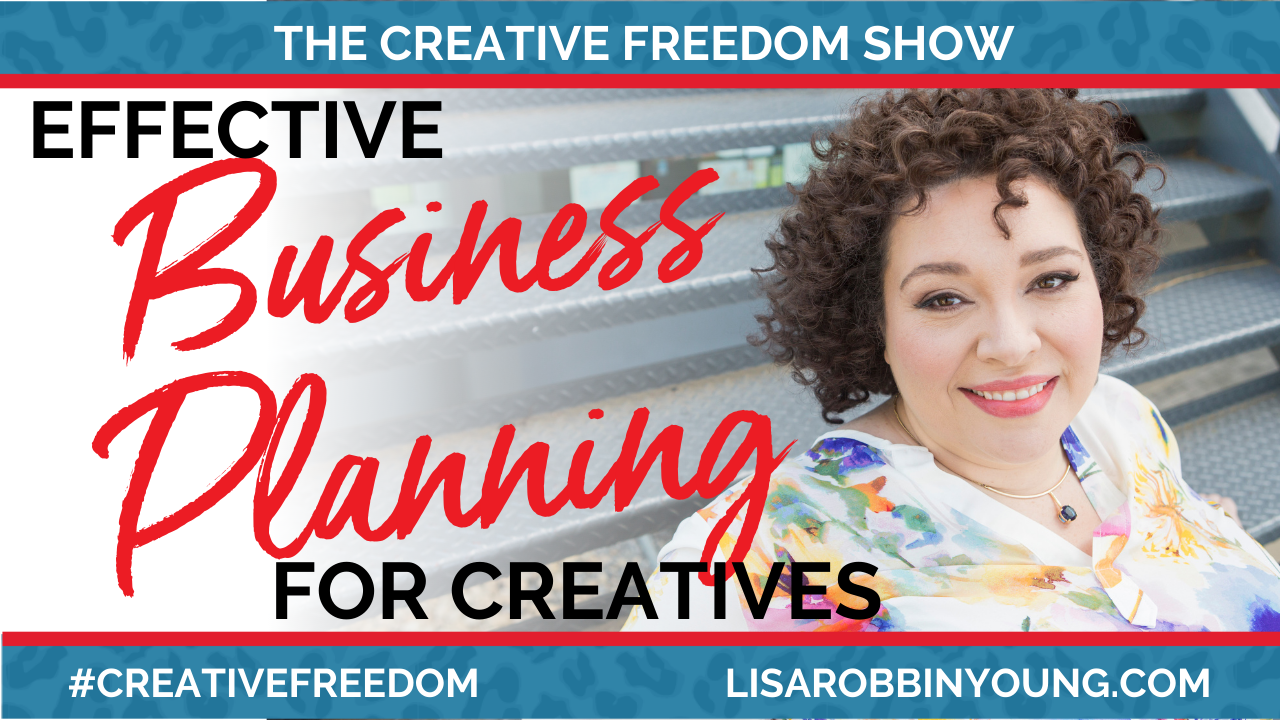 In this week’s dose of empowerment for creative entrepreneurs, I’m keeping my word. Last time, I told you we’d dig into how to build a sustainable marketing strategy for your business.

[youtube http://www.youtube.com/watch?v=kiXWlbbOygk&hl=en_US&version=3&rel=0] It's all well and good to strive for excellence, but excellence is about more than just putting in your 10,000 hours. Those hours need to be focused, deliberate practice. Without that, you'll be hard pressed to reach the full potential of your undeniable gifts. Be warned: you can spend 10,000 hours of your […]