How to build a business around what matters to you

That's my official goodbye kiss to the first quarter of the year.

How'd it go for you? If you've been through my Dreamblazing program, you've probably already reviewed your milestones and re-assessed your targets for this quarter. Good on ya!

Did some of your goals fall off the radar, or get completely kicked to the curb (mine did!)? Are you on track (or ahead of schedule) for others?

In a recent post, I shared that by the end of January, nearly 35% of Americans have kissed their resolutions goodbye. This far into the year, some entrepreneurs have thrown their plans out the window entirely. Where do you stand?

One of the biggest pieces of advice I consistently offer to my clients is to focus your goals and objectives around YOU: things you can control, measure, or impact. It's challenging to set and attain goals that rely on someone else. But if you're driving toward DUMB goals, chances are good you'll have less flying out the window over the course of your year.

In the spirit of transparency, I thought it might be helpful to share with you my Q1 milestones and report on my results. I use the approach I developed in my own Dreamblazing program and define my milestones based on my 5 Key Areas of Success (Faith, Family, Fitness, Fortune, and Freedom).

This year, my faith goal revolves around my self-worth and how I see myself in the world. To that end, I've built a strategic plan to reach out to and connect with people I admire. One such connection has led to my nomination for the 2015 Rulebreaker awards! I also have been working to strengthen connections with friends and colleagues in my existing circle. My mastermind groups, my accountability partner, and my closest friends have all been instrumental in helping me navigate Q1 with grace, peace, and ease.

I'd say I'm on track and doing better than anticipated in this arena.

My definition of family is probably more loose than some, since my blood relations aren't as plentiful as they once were. Because of that, I've been creating my own family, as it were, by making new peer connections. This is kind of a double-dip from my "Faith" goal, but it's also more about new people, versus cultivating the relationships I already have.

The first quarter of 2015 saw some big and unplanned changes in our home. My oldest, now 18, has passed his road test and is now driving (God help us all). He's had his own ups and downs over the past few months, but seems to be stabilizing with some part-time work and finishing up his schooling. This is a huge relief for me, as I am beyond ready to turn over the role of "Worried Mom" to some other deserving woman with teenagers.

The end of March also marked my youngest's 9th birthday - which means we've got all the birthdays on lock for the year. *wipes brow* Whew! But he's been having an up and down semester at school. So we've been navigating some emotional issues for him on that front. 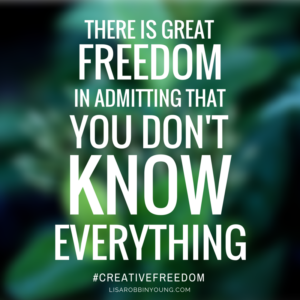 When family stress increases, my emotional eating trigger kicks in, and it takes even more focus and commitment to stay on track. Needless to say, my already ambitious goal of dropping 16 pounds got revised when I was sick for the entire month of February. That's NEVER happened to me before, and dealing with "feeling behind" in my projects only fueled the emotional eating fire. While I didn't hit my revised 8 pound goal, I DID manage to hone in on a couple of trouble foods (gluten, dairy, and soy). Once I got clear, and started steering myself away from them (harder than you might think) I found myself edging closer to that goal. So for this quarter, I'm sticking with my goal of another 8 pounds off by July.

My mental fitness goal for the year is to attend one learning conference. That did not apply to this quarter, since the conference I want to attend isn't until later in the year. Not one to stagnate, however, this quarter saw me doing the research for a new book I'm working on, and participating in a few community groups on Facebook. I've been learning a lot and looking forward to sharing even more during my free monthly webinars.

I'm known for setting rather lofty income goals (though, I'm very prudent with my income projections). Due in part to a month-long illness, but also because of a shift in priorities, my Q1 income fell WAY short of my milestone goal. With the shift in priorities, I was not caught by surprise. In fact, the only reason I didn't revise my milestone was because I wanted to see how close I could get anyway.

The good news is that every transaction was profitable. Using the Profit First approach, I was able to keep everything on the positive side of the ledger - actually with better results than I did this same time last year. My quarterly profit distribution was also higher than the last quarter of 2014, which was a nice surprise, since it felt like I did less business in this quarter. I made a point to find ease in my business this quarter, which is partly why it felt like I was working less. I also got the delayed payments from Amazon for my book re-launch last November/December, which contributed to the increase in income without added effort. Yay leverage!

What else? I launched an entirely new business development for creative entrepreneurs, and started the process of re-designing my direct sales training program for a late spring launch. I also re-vamped my coaching offerings to make them more accessible and meaningful. With two other projects and a book in the works, I'm fairly confident that this quarter's shortfall will be recovered in the coming months. 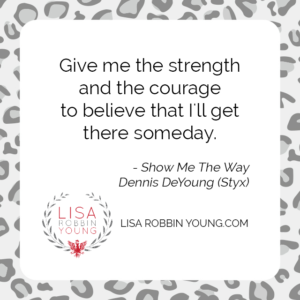 My favorite thing about this Key Area of Success is that it means so many different things to different people. For some, it's the ability to come and go as you please, or the financial freedom to travel, send your kid to college, or whatever. For me, Freedom is about being able to show up fully as myself (warts, sparkles, and all) and being proud of how I'm showing up in the world - as both a business coach and a musician. I'm proud to say I've been booked for numerous (PAID) private events this year, and my client list is growing. WOO HOO!

I started 2015 with a goal of finishing my album. The 300 songs project began as a means of honing my skills and getting back on track. Now that we're about 100 songs in, I'm ready to compile a dozen or so of the best tracks and share it with the world in a more finalized and formal package. The hard part right now is just picking the tracks (I'm open to suggestions). Des has already done some incredible work on the keyboard parts, so now it's just about me measuring up vocally and creating a package people feel good about investing in. I'm on track here - maybe even ahead of schedule, which is a wonderful thing to be able to say about a project I've been working on for so long.

Because this goal is nearing completion, I've shifted my focus to planning a possible relocation. Me and the fam are taking a recon trip to Nashville to scout the area, connect with some colleagues, and see what's what. If it looks good, my goal is to be moved by July. If not, we'll stay put until we have more clarity. This is the shift in focus I mentioned earlier - and it's drawn a bit of my personal resources (time, energy, focus) this quarter. With the recon trip upon us, I'll have less resources committed to this project during this quarter, and more in Q3 if we decide to make the move.

It's not always rainbows, sunshine, and Uni-Kitties around here.

There's work - lots of it. Not everything goes according to plan, but that's not what plans are for. I think it was Eisenhower who said "in preparing for battle I have always found that plans are useless, but planning is indispensable." While I don't necessarily think of business as a battle, I couldn't agree more about the need for planning - even if things don't go according to plan.

There's also fun -a good bit of it. We took a trip to Illinois last month and had a blast at the Lego Discovery Center (that's my 9 year old hangin' with Lego Einstein). We've also traveled a bit around the state, and enjoyed many evenings out with friends and family. In addition to our upcoming recon trip to Nashville, we've got a bunch of other activities in the works for the year.

I don't share this report to brag, but rather to show you exactly how I've built my business (and my annual plan) around what matters most to me. By using the 5 Key Areas of Success and my Dreamblazing program I get CRYSTAL clear on what really matters to me and then do my daily prioritizing with The PEACE System to make a strategic plan and move closer to those goals.

Moving closer to what really matters to you... novel concept, eh? (tweet this)

What matters to you?

This is just one way of building a business around what really matters to you. It's the way that works for me. I've used it for more than five years now, and it's the first thing I've ever managed to stick with! Many of my clients have found use in it as well - but I admit it's not right for everyone. Most planners are too rigid for me. I needed more flexibility to work with my creative moods and the typical unexpected happenings that come along with having kids. I needed to develop a framework - like a jungle gym - that I could "swing from" and use in a way that worked for me and what was going on in my life and work on any given day.

How do you plan and prioritize your year? What do you do when your plan goes off the rails? How do you course correct? What are the tools you absolutely love? Share your ideas in the comments!

Book Review: Self Made By Nely Galan
Lisa Robbin Young

One of my favorite shows on PBS is "Finding Your Roots" hosted by Henry Louis Gates, Jr. It's always fun to learn about the ancestors and personal histories of some of the most well-known people of our time. I really enjoy getting to know how these people came to be who they are through the […]

I'm laying down a  challenge for you today. This week's post shares a quick tip and friendly reminder to clear out the clutter in your heart, your home, and your life. When you do, there's a gift that comes back to you. Clearing space always makes room for something new. What that "something" is varies […]