The Era of Success Your Way

I'm not one for social commentary or deep philosophical discussions, so consider this the "light version" of any meaningful conversation about the nexus of technology and society. This isn't a commentary about technology, though. It's more about what's unwittingly happened to people as we've become more "connected" to the world.

The Industrial Age gave us cookie-cutter, assembly line techniques for being efficient and crafting a uniformly effective offering.

That's awesome in a survival-based world, where cranking out quality stuff in quantity is important.

But that's not the world we live in anymore. On the whole, we are wealthier and healthier than we've ever been as human beings. Yes. there are exceptions to the rule, but most of those folks aren't reading this anyway, so it doesn't apply to them.

This applies to you. You, the person that's been cramming yourself into the same cookie-cutter mold for decades (or railing against it), because that's all there was.

I've been pretty lucky to "grow up" in the digital age. I'm technically not a Millenial, but I'm on the cusp. I built one of the first e-commerce websites back when animated gifts were all the rage (the first time), and video wasn't even a glimmer in the Internet's eye.

In that time, there've been lots of "game changers" - which is almost silly to say. The advent of the Internet is like watching an infant grow into a toddler and then a teen - everything is new, thus everything is a "game changer". But the one commonality I've witnessed over the last 20 years is the growing ease with which people can access, use, and contribute to this technology - and how this new-found ease impacts their work.

10 years ago, the idea of watching your favorite TV show or  a feature-length film on your stylish CaseFace phone was insane. Now, mobile and "third screen" viewing has eclipsed television, and will likely continue to do for the foreseeable future. The ability to take your media with you has relegated newsprint to the birdcage, and magazines I loved reading as a kid have gotten thinner and more ad-laden.

Less content, more commercials. A sure-fire end to most anything.

We're on a hunt to find ourselves

One look at Maslow's Hierarchy of Needs will show you that we've done a great job (on the whole) of getting those basic needs met. As I said before, we're wealthier and healthier than we've ever been in human history.

Here's another great example from Chip Conley, which condenses the pyramid into three layers (particularly the "employee" pyramid, which he's condensed to "money", "recognition", and "meaning").

Maslow's theory is that we work our way up the pyramid, once we've assured ourselves that our more basic needs are met. Once we've handled the basics like, food, shelter, clothing, saftey, and a paycheck, we can concern ourselves with "higher" issues like love, a sense of belonging, or recognition. Ultimately, once those things are handled, we can search for "self-actualization" or the meaning of life, if you will.

Technology has pushed us up the pyramid

Here's the problem in a nutshell. We've been pushed up the pyramid, whether we like it or not. Computers have "connected" us, and made things incredibly easy, yet so many of us weren't ready for the shift.

Now, building a career can happen remotely. For my last job, I applied, interviewed, and was hired digitally. I worked from my Michigan home, and the company was thousands of miles away on the west coast. All my contact and interaction was digital: email, skype, webcam. No handshakes, no eye contact, just pixels.

Love and belonging (at least on some level) are just a facebook post away. When I'm feeling blue, I can post a simple "Hugs please" on Facebook, and my friends come out of the woodwork to encourage me. I never got that kind of instant gratification & encouragement before the Internet! So work, networking, and even relationships have gotten more efficient, thanks to technology.

We've got all this time on our hands, and yet we're stuck.

We're stuck because, now that the basics and middle-ground issues are being "handled," we have to look to ourselves and find meaning - something that takes time and can't be short-cut.

"Why am I here? What makes me valuable if a computer can do my old job in half the time? What real value do I bring to the world?"

We didn't have time to deal with these questions before. We had work to do, dammit, and that had to come first, so we could eat - so we could SURVIVE! But now, with all this time on our hands, we're having to face these questions - and some of us have a boatload of anxiety, depression, fear, or ambivalence toward it.

To make matters worse, we've been taught that thinking of ourselves is selfish and inconsiderate, and we are, therefore "BAD" for behaving that way.

No wonder our culture sometimes feels like it's on a downward spiral.

It's not wrong to prioritize yourself

The truth is, you've been doing it since you were born. You "took" your first breath, and it's been downhill ever since. In reality, you can't NOT put yourself first. It's just that our culture has made it out to be some sort of a crime because there are those among us who would take it to the far extreme. Putting yourself ahead of everyone else - at all costs - is a kind of selfishness that often comes from a place of fear.

Self-care is not selfish - including in your work. (tweet this)

More and more employees are jumping ship to work for themselves. I'm meeting more entrepreneurs who left corporate America after only a few years of being disillusioned about their prospects with their employers. I'm also meeting entrepreneurs that are carving out a name for themselves by defining success on their own terms. They're creating businesses and offers that take into account how they like to work, who they like to work with, and what they want their life to be like so that they can experience success now - not in 35 years. They see that there's no pot at the end of the rainbow, that "someday" doesn't come with a big red ribbon, and they're deciding what they really want and going for it now.

It's a brilliant business move

To "older folks" entrenched in the ancient ways of the Industrial Age, it feels a bit like treason. It's definitely shaking up their snowglobes - the idea that they can give themselves permission to walk away from something they don't love and do something that brings them joy - and get paid to do it -still strikes fear into many of my older family members. They grew up in Depression-era America, where you got one job and stuck with it until you were old enough to retire, take the watch and the pension, and then go have a REAL life - if you lived that long. I know many employees of the assembly line factories who literally gave their lives to their work, dropping dead within a few days of retirement.

I've said before that now is the best time for you to create a business (and a life) that works for you. Of course, that means getting clear on who you really are and what's really important to you. It means doing the work at the top of the pyramid, and finding the meaning that matters...

For some folks, this might seem foreign, or scary, but there are countless people in the world doing it. In fact, I'm launching a new series next year that spotlights these folks (more on that in a later post). They are becoming the norm. Gone are the days of three television networks and multi-national conglomerates that corner the market. Now is the time of what I call the "experience economy" - and creating a life for yourself that matters. It's reaching smaller, tighter markets and making a big impact. It's happening now.

Learn more on a free call

On Monday, I'll be leading a free teleclass called "Success Your Way: How to have a profitable, sustainable business that works for you in 2015... and beyond." If you're at all interested in riding this wave of business with meaning, I invite you to join me. You'll learn more about this crazy "pyramid scheme" called business, as well as how to figure out which stage of growth your business is in and how to shape it to this new experience economy... which might sound more technical than it really is.

How are you dealing with the way technology has pushed you up the pyramid? What has been a blessing (or a curse) for you because of it? Share your comments below. 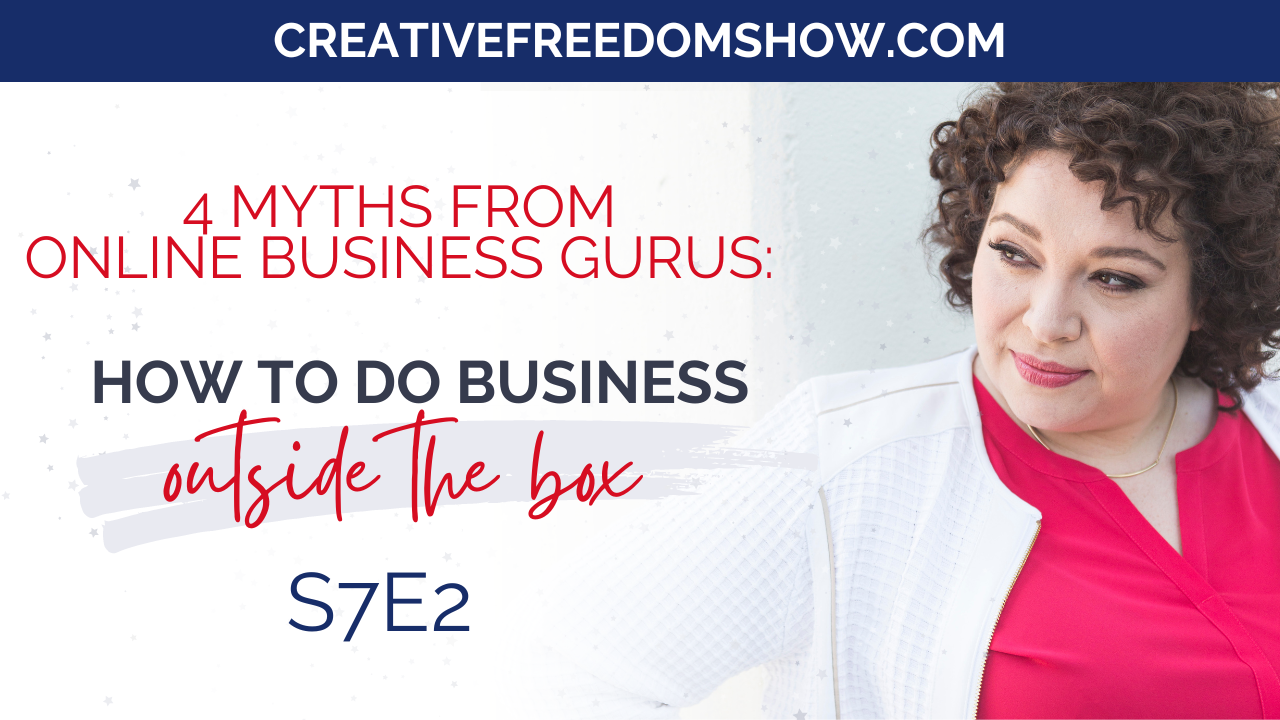 4 Myths from Online Business Gurus: How to do Business Outside of the Box
Lisa Robbin Young

Blueprints and cookie-cutter concepts can only take you so far. Heck, we use them when we build business models. We start with the same framework for every person we work with. But, like a good builder, we don’t stop at the blueprint. That’s the what. We also need the “how”. We take that model and help them see how to implement it in ways that work for them.

As more creative entrepreneurs take to the interwebz to build an online outpost for their business, the conversation always comes back to technology at some point. What software do you run your site on? How do you take credit cards or invoice clients? What plug-in did you use to get that countdown timer? How do […]