Safety Is Your Nemesis

[Note: I originally wrote this post a few years ago, for my Business Action Hero website. I've refreshed it here because it's still relevant - maybe now more than ever.]

"If you are deliberately trying to create a future that feels safe, you will willfully ignore the future that is likely.” 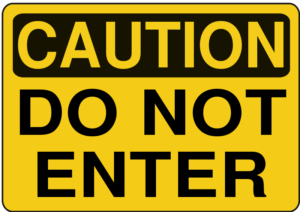 It hit me between the eyes. This painful, jarring sensation at far too early on a Sunday morning - on a holiday weekend no less. This strange need for safety that we all seem to crave - even go out of our way to re-inforce.

Even if the result is less comfortable than pursuing change.

Safety is often the anti-hero.

We don't want to rock the boat and get people mad at us. So we stay in the comfort zone. Maybe we push a little here and there, but we're not really making true progress on our own path.

It's here where we have to choose:

A future of so-called "safety" or adventure?

Because safety is the ultimate risk. Hoping and praying that nothing will change. Images of ostriches with their heads in the sand come to mind. They can't see that tornado bearing down on them, but golly, they sure feel safe!

[tweet "When it comes to owning your dreams, safety is the ultimate risk."]

Back in 2010, I had the honor of interviewing best-selling author Jonathan Fields about the upside of being an entrepreneur. During that interview, he said something that has stayed with me:

"There is no sideways in life. It's an illusion. There's only up and down. Usually this is the most horrifying scenario of all."

At first, I didn't want to believe it, but my own experience has validated that there's no standing still. You're either moving forward (as you define it) or you're getting left behind.  When I interviewed him again for his second book, "Uncertainty", he offered up this gem:

"If you want to do great things in the world, you have to go to a place where you don't know how it's going to end."

(You can listen to that interview here.)

Since then, he's launched the Good Life Project and Revolution U, all the while, going where he'd never gone before. It's been fascinating and fun to watch. Clearly, this is a guy that continues to choose "adventure" over "safety".

Safety is your nemesis.

I don't mean you should recklessly throw caution to the wind. We need to be smart about the risks we're taking. Safety and security is one thing most of us crave - it's the foundation of Maslow's Hierarchy of Needs. Without it, we don't feel like we can move forward.

But once we "have" it, we're less likely to move forward because of it. Safety means we don't have to push, strive, or work as hard because, well, we're safe, and nothing's going to happen to us in our safe space, right?

Safety works hard to keep you stuck - just as hard as you work to plow forward in your adventure.

"What if they think I'm crazy?"

"That's too hard/easy/fast/slow/tedious/tiresome/boring/good for me."

We judge ourselves so harshly that we don't give ourselves a fighting chance. Let's change that!

Judgment has to end so that the adventure can begin.

Remember: perfection is an illusion. You're already as perfect as you're gonna get. You're human. To expect perfection 100% of the time will only cause more judgement (pain, resentment, frustration). Stuff happens that we call "failure". Big deal. Take a moment to celebrate the wins, stop staring at the door that closed, and look for your next steps.

The nature of a nemesis is that it has an equivalent level of power and sway. Think of The Joker and Batman, Prof. Moriarty and Sherlock Holmes. A nemesis is not easily defeated, but can be thwarted and often contained. It is when you underestimate your nemesis that it takes a foothold, and often wins a battle or two.

A simple way to thwart your "safety" nemesis:

Simple, but not easy.

Every Hero Needs A Theme Song - Part One
Lisa Young

[Editor's note: this is a re-post from November 2010. Part of a series of year-end posts I write each year. When we migrated to the new site design, all the old posts were archived.]