The World Wants To Give You A Second Chance - Will You Take It?

Before last week, I thought hot pink handcuffs were reserved for a naughty midnight rendezvous or some other illicit affair.

I never once considered they might actually be used to shackle my son and remand him into the custody of the local county detention center.

And yet, there I sat, saying quick goodbyes, reaffirming my love for my kid, no matter what.

"I'll see you next Tuesday, if not sooner."

With that, he was shuffled out of the room, I was handed a bunch of paperwork, phone numbers, and told to contact an attorney.

If you've followed our journey at all, you may recall that my son went through some pretty traumatic stuff at a young age and then spent just over two years in a wilderness camp for boys with emotional problems (which I highly recommend). He graduated that program in 2012 and was by all accounts a remarkable young man. He returned to school and for the first time in his life was getting good grades and generally keeping his nose clean.

My son is a good kid on the whole: smart, compassionate, willing to bend over backward in support of his friends, and a very empathetic kid. When I'm asked, I say that his biggest problem is that he cares more for other people than he does for himself. 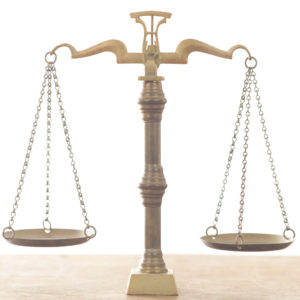 We thought we had finally turned a corner and was ready for life as a teenager. Our family packed up everything, took a loss on our house and moved to a new community in order to have "better" supports for our kids. And on the whole, there's a lot to be said for our new community. The schools are remarkable, the staff really takes an interest in the students, and everything is within walking distance.

Unfortunately, there's also a greater access to things that my son didn't have to deal with at camp: girls, drugs and alcohol. His grades started tanking at the beginning of this school year, and that's when problems went from bad to worse. The first time he disappeared from home, he was gone for two days before he returned. I had no idea where he was. The local law enforcement had very little they could do, and once my son realized how lax the laws were around curfew violations, things went from bad to worse.

When he would come home, sometimes he was intoxicated, other times he was high. It was a downward spiral that we all felt like we were being sucked into. As a parent, it's not just frightening, it's humiliating to know that there's not a damn thing you can do to protect your son, and yet it's your job to protect him. The laws in Michigan are so wonked. One of the officers told him that at age 17 he can pretty much run the streets, but if he's caught breaking a law, he's tried as an adult. Another told him that there's no local ordinance against possession of drug paraphernalia, and if he was caught with it, they'd just return it to him.

Okay, why not just give my kid a blank check to do stupid stuff, eh?

And don't get me started about the number of well-meaning "friends" and "family" who tried to tell me that all my kid needed was to be kicked out, knocked around, or arrested. Or that I needed to be more firm/ punitive/ disciplined/ mean/ angry/ present/ attentive/ loving than I was. I was already feeling guilty, which was a crock. Believe me, if it was legal, I tried it. But kicking your kid out isn't legal (it's called child abandonment and neglect in Michigan). Just because other parents are willing to break the law to "prove" to their kids that it's wrong to break the law doesn't mean I will. Beating him isn't legal (it's called child abuse if you leave any marks of any kind on your child) and the law is such that he couldn't be arrested. And I was actually TRYING to get him arrested!

What kind of Mother tries to get her kid arrested?

One day my kid "ran away" for the umpteenth time. The police asked me to bring a picture of him to the department so that they could all know what he looked like. When I arrived with the picture, I mentioned in passing that he also took $6 out of my wallet when he left.

"Oh, he stole money from you? NOW we can do something about it."

Seriously? I can beg, plead, cajole, and cry. I can call the cops every time he runs away, call the cops when I catch him doing something illegal, and you can't/won't do anything, but when he takes $6 out of my wallet, NOW you want to do something?

Is there anyone else who thinks this is a crappy way to enforce the law?

Don't get me wrong, I very much appreciate the officers in my community. I know most of them by name or on sight now, and all of them have been concerned about the direction of my son's life. They knew he needed something more, and they knew that they were powerless to do anything to help him.

Until he took that $6 out of my wallet.

The irony is that he gave me back the $6 just a few minutes after I reported the incident. But the mold had been cast at that point.

He didn't realize how serious wit was until we got to the pre-trial hearing last week.

Larceny from a building carries a penalty of up to 4 years in jail or $5,000.

"Four years in prison for stealing six bucks?" He said to me.

"Well, they don't play around. You know you're not supposed to steal."

Fortunately, his charges were all but dropped and he's got a second chance to clean up his act. He's got some intensive work to do during his probation, but if all goes well, he'll have a clean slate before he turns 17. And I believe he will clean up his act.

I believe we all get a second chance. In fact, I believe most of us get multiple chances. It's what we do with those chances that makes the difference in our life (and our work).

"Every day is the chance for a new stance, like every song is the beginning of a new dance."

TobyMac's lyric couldn't be more timely. You've got a second chance every morning you wake up. You get to choose every single day - every single moment of your life. Do you say yes to this opportunity or no to that one? You get to decide. Do you listen to those well-meaning but toxic people, or do you remove them from your life? You decide. Do you kick your kid to the curb, or allow him to face his consequences while loving him as much as you know how? Where do you draw your line in the sand? When do you speak with your True Voice?

You get to decide.

As he stood in court today, the judge asked him if anyone had coerced or threatened him into making the plea he was entering. I was struck at how cautious our judicial system is about making sure that you take responsibility for all your actions, all your choices, in every moment.

Disadvantaged backgrounds, psychological problems, emotional issues, and plain old bad judgement abounds in this world, and we still have to take responsibility for our choices. That's both the good and bad news. The even BETTER news is that because we're humans, we have this thing called forgiveness. And on the whole, we are a people that wants to forgive. We want to give people a second chance. We want to see them rise from the ashes of their own mistakes and soar with the eagles.

As long as you're still breathing, you've got a(nother) second chance. Will you take it?

As for me and my son, we're starting fresh. We're creating a new plan for him to be the person God called him to be in this world. We're going to use the tools I've created for me and my clients (and then some) to give him the clarity and confidence he needs to plant his stake in the ground and reclaim his life. This is a challenging time for our whole family, and your prayers and encouragement are always appreciated.

But I don't post this kind of "dirty laundry" because I'm seeking emotional support (okay, maybe a little). Everything I post is meant to be a source of inspiration and encouragement for YOU to build your own Noble Empire and live your own inspired life. My hope is that through this post someone will find the strength, encouragement, or determination they need to make a more empowering choice today. To choose to take that second (or third, or fourth or fifth) chance that life's given them today, and make the most of it.

Even if that "someone" is my own kid.

When should you give up on your dreams?
Lisa Young

[Note: This is an excerpt from my forthcoming book, Creative Freedom. If you'd like to be part of the advance team and get more sneak peeks of the book, contact me for more info.] There's a quote often attributed to John Lennon: "Everything will be okay in the end. If it's not okay, it's not […]

Read More
3 Types of Growth Plans For Your Creative Business - which one do you need?
Lisa Young

Note: As we get closer to Creative Freedom Live, I've decided to give a few more sneak peeks into the content. Today, as promised in last week's episode, I'm sharing the three different types of Growth Plans that creative entrepreneurs need at different stages of their business. This is also an excerpt from my book, […]