BYOG Day 15 - Three Ways to Attract Your Most Authentic Community

[Editor's Note: I've known Sarah for several years, stalking her at first, and eventually hiring her as a coach and consultant in my business. Her work on developing fiercely-loyal communities has been, hands down, the best training I've ever gotten from her. In fact, this is Sarah's third appearance on the blog (Here's part of our last interview). I'm thrilled she's joined us for this series to help you share your true voice more courageously with your budding Noble Empire.]

People often ask me “How did you do what you did at Escaping Mediocrity? That tribe was, and still is, rabid.”

When I look back to the beginning, I didn’t set out with a formal strategy to “build a rabid tribe”. What I set out to do was build the space I longed for and couldn’t find. I was exhausted by the sameness of all the blogs out there. The glossed-over lives of people I was supposed to aspire to be like. Business strategies that just felt wrong. No real conversations about what it’s really like to be an entrepreneur.

I wanted something else. So I built it. I remember saying to someone at the time “I’m absolutely certain that at least two people will read my blog for the next month or so. They’re my best friends so they have to.” I really had no idea who else, if anyone, would show up. And my friends would only stick around for so long.

At that point, I made three pivotal decisions. Decisions that would ultimately shape the community I built and the success I experienced.

Decision #1: I said the things I couldn’t NOT say.

I wrote about feeling afraid, about how much I hated failing, about the daily confusion I felt. Lots of people write about those things now but when I started Escaping Mediocrity, it was considered quite radical. Several people I knew emailed me and said “Are you SURE you want to talk about those things? It might make you look weak.” The thing they didn’t understand was, looking strong or weak wasn’t the point. Saying what I had to say was the point.

Decision #2: I stopped caring what other people thought.

In the online world, getting approval from the “right” people is metric we all work for. For years, I worked hard to get that approval. When I started Escaping Mediocrity, I gave all that up. The only approval that mattered to me was my own. Was I happy with what I’d written? Did I like the business strategy that I was teaching? Were the people I talked to the people I actually wanted to talk to? These were the only metrics that mattered to me.

Decision #3: I held the Escaping Mediocrity space; I did not own it.

This is probably the most significant decision of the three. I decided to create and hold the space, but the space would never belong to me. It belonged to whomever gathered there. It was their space and I never forgot it. They were the most important people in the room. Their thoughts and opinions were more important, and usually much smarter, than anything I had to say. Putting them in the spotlight was the most important thing I did every day. Giving away that ownership meant checking my ego at the door. It was the very best decision I ever made.

If you want to attract your very best, “right” community, look over the decisions I made and see if any of them resonate with you. Decide to be the most true you that you can possibly be. Know that being you will turn some people away, and that’s just fine. You aren’t meant to attract everybody.

Be the beacon for people who are looking to be exactly who they are and need a space to do that. Make them the stars of the show you’re creating. Your payoff will be a rich, deeply connected community made up of all the people only you can attract. And that is pretty amazing.

I’d love to hear your thoughts about my decisions or answer questions you might have about them. Let’s engage in the comments! 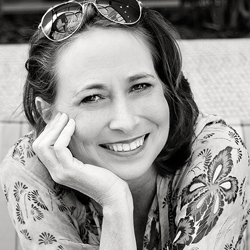 Sarah Robinson is President and CEO of Sarah Robinson Co. She is a seasoned business coach, strategist, advisor and speaker who helps business owners set their companies apart from the pack. Based in Birmingham, Alabama, Sarah advises her international clients on how to build a thriving, successful community, how to increase social media effectiveness, and how to develop a remarkable online and offline business presence. Her book, "Fierce Loyalty: Unlocking the DNA of Wildly Successful Communities" outlines the five components that every organization needs to create a community of rabid fans and deep engagement. You can also connect with Sarah on twitter and Facebook.

I was perusing the webosphere during my lunch break today. It's been about 10 years since I've had a corporate job. As an entrepreneur, "lunch break" usually meant "working lunch" or "lunch meeting". The "break" part was sort of ignored - at least for me. Since I've started working for someone else (my official start […]

by Leela Sinha [Editor's note: This is day 18 in the Be Your Own Guru series. Leela offers us a 7-minute audio that speaks out about the information our body sends us all day long - and how we need to stop ignoring it if we want to experience peace, pleasure, and balance in our […]