All You Need Is Love

This week's song is a cover of a classic by The Beatles. "All You Need Is Love" was written to be a mantra-style piece - sort of like musical brainwashing. You hear the refrain over and over, with a march-style feel that gives it an almost militaristic, "drilling it into your head" sensation. I've yet to meet anyone that sings the refrain that stops after singing it once time through. It's THAT effective.

The curious thing about this piece is that it was written in mixed meter - 7/8 and 4/4 time. It makes the verses feel very conversational, but it's a bee-otch to count, because it always feels like you're on an off beat (or slightly off kilter). That off-kilter feeling seems to represent how discombobulated the world is - until you get to the "march" section where the mantra begins (and everything's in an easy to count, straightforward 4/4 rhythm). I think that's part of why it was written that way (from a music theorist's standpoint), but I couldn't find any research to confirm my theory.

So I took the original and modified it slightly - I took out the entire 7/8 feel and made it all a plain 4/4, and gave it a contemporary groove that gives you a little bit of an off-kilter feeling, but in a much more satisfying/sexy way. The march style instrumentation was replaced with a vocal harmonizing that keeps the traditional "bum-bada-da-daaah" feel after each chant of the mantra, but without the march-style feeling.

Yep, I know. That's a lot of musical theory-speak in what seems like a simple cover tune, but since this is the FIRST video this year where I actually wrote the arrangement, I wanted to 'splain myself a little - especially since purists will probably hate the fact that I "desecrated" a Beatles tune in the first place. Overall, it's a much "sexier" tune this way - even if the lyrics seem a little redundant in places. 🙂 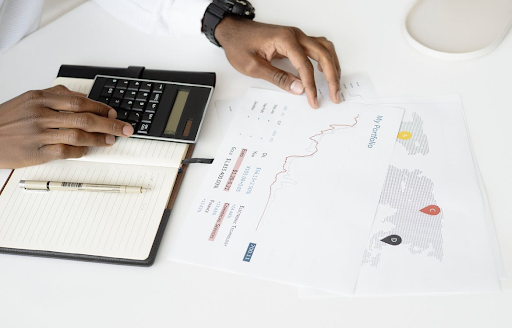 No business owner likes to hear the word 'risk'. Whenever you hear it, you instantly shift a little in your seat and start to grumble. You've put your heart and soul into this business - along with a lot of money - so the last thing you want to do is take big risks.  By […]

Every Halloween, I take a look back on my life and start making plans for the new year. When I was a practicing pagan, this was my New Year's Eve, and I've just kind of stuck with it. This year, it's especially poignant, because so much has changed in the last 12 months.  My year-end […]