[Note: This is Day 7 of the Be Your Own Guru blog series. When you've been strapped to baggage for years, sometimes it feels like you'll never shake it Today's post gives you a context and hopefully some inspiration to begin shaking your own baggage.]

I've never been the tiniest supermodel on the runway. I don't think I'm ugly (I've done a lot of work on my self-esteem over the years), and still I recognize that my weight has never been where it's "supposed" to be. As a young child, I was the tallest kid in class. When the boys started passing me, I quickly became the "biggest" kid in other ways. As I got older, I tried lots of things to lose the excess baggage, but it was just exactly that. 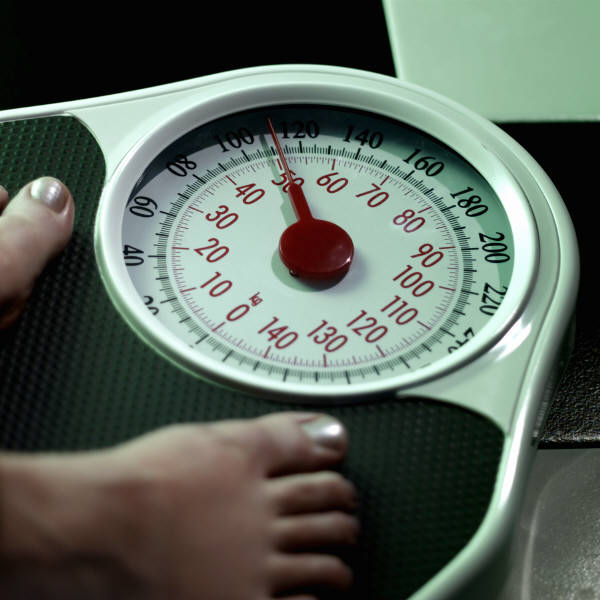 I'm what you might call an "emotional eater" - though I couldn't find a strict definition among the various eating disorder websites that matched how I deal with food. Essentially, when I'm stressed I eat... and eat... and eat. The same for when I'm sad, or even really happy. Instead of people, my emotional extremes have always been met with food of one kind or another.

The more I look at what I've done to myself, the more I realize I've been "numbing out" with food. Food has been my drug of choice since I was very young. Sneaking into the kitchen, I remember adding water to mom's 2-liter bottle of Diet Coke so that she wouldn't know I'd been drinking it. I remember how mom always had the "good food" and we weren't allowed to have it. I think that's at least in part where my problems began. Sneaking food started as a way of self-soothing that quickly spiraled into a full-blown battle with my body, my conscience, and ultimately, my weight.

I've seen my weight balloon up over the years. At my heaviest, I was nearly 270 pounds. I remember being at the local Jenny Craig (remind me to tell you about the time when they fired me) and seeing the sandwich bag full of butter tacked to the wall. It was their way of illustrating what a pound of pure fat looked like. I didn't need help visualizing it, because I was walking around in an entire suit of it. Right now I'm thinking about a 270 pound sculpture of me made entirely out of butter.

Now I realize I'm not all fat, and like I said, I've done a LOT of work to deal with some of the baggage that I've been hauling with me for the past 30+ years. I've got a lot further to go, and I put my coach hat on from time to time when dealing with my body image issues. A few weeks ago, I got to thinking about what life was like when I was at my thinnest.

Aside from my age at the time, which I really can't do much about (time marches on, right?), I remembered being happy. Truly carefree. I was in my late teens, just started college for the first time, and it was the cleanest slate I'd ever had in my life. I didn't know anyone on that campus, and they didn't know me. I could come or go as I pleased. I could stay up all night on the new-fangled Internet, or I could skip classes and sleep all day. My time was truly my own. I loved fiercely, I cut ties with people who didn't empower me, and I had an unfettered life.

Then, as the years ticked on, so did the responsibilities... the stress. Bad relationships, no relationships, a child, a marriage, another kid, businesses built and closed. Deaths, new friendships... that whole "circle of life" was becoming a steam roller that was gaining on me.

Or more to the point, I was gaining - a lot. The irony was that I actually lost about 20 pounds after each kid was born, and then it slowly crept back on in the stress of the intervening years raising said kids.

In yesterday's post, Heather reminded us that our life is speaking to us. It's incumbent upon us to listen and decode the messages that our bodies, our lives are trying to tell us.

If it doesn't fit, wear it anyway.

I've had several instances of being required to be in public in an article of clothing that was clearly (by my definition) too small for me. I was invited to attend the symphony when I was single and I went to three different stores to find something that fit. No store had anything to fit the unique curves of my body type, and the best Macy's could do was suggest I look for "something in 'Mother of the Bride'". Eventually, I found something appropriate at Sears that I could squeeze into. It was on clearance because it was damaged, but at least it fit. Sort of. It was a 3x. It didn't fit like any other 3x I had ever tried on (most of the time I SWIM in a 3x). But I could get myself into it, so I bought it, wore it once, and threw it out.

A few years ago, I was in a local musical revue and the entire cast was to wear the same red t-shirt to keep the "costume" consistent. We ordered our shirts from a local screen printer, and as they were taking the order, I swallowed hard as I looked at their sizing chart and wrote down my size: 3x

When the shirts arrived, they were clearly too small. All of the ladies were complaining that the style was cut way too small, which made me feel slightly better about how poorly it fit, but at least the lettering on their shirts weren't stretched beyond recognition for five public performances.

I'm busty. I was an early bloomer, and I don't hate my chest. It's been with me longer than any man in my life, and I don't expect that to change any time soon. What I don't enjoy is being made to feel as if there's a problem with the way God designed my curves. Granted, I added more insulation to the structure, but this temple came with a definitive top-heavy design that I take no shame in.

When my friend asked me to be in her wedding, she ordered my dress from overseas. It was a beautiful Renaissance-inspired style that I was all-too happy to wear. When I looked at their sizing chart, I gulped.

I could feel all the same anxiety creeping in from before. How it probably wouldn't fit right, and I'd stick out like a sore thumb at the wedding. I didn't want to be detracting from her special day, I wanted her to sparkle and shine. I was relieved when the dress arrived a couple of days before the wedding and it fit great. Crisis averted, right?

To be clear this wasn't so much about how "big" I looked compared to the other beautiful women around me, but more about how I didn't look like I thought I was SUPPOSED to look. How I stood out in my own mind amongst the other women. Not enough for someone untrained to notice, but enough for me to feel uncomfortable.

Pain is a signal

I believe that success leaves clues and pain is a signal of where we need to draw a boundary. For years, it would seem that my subconscious boundary has been "3x" Just seeing that pairing of numeral and consonant leaves me with knots in my stomach.

So how do you move away from the danger zone and reclaim your life? How do you heed the pain signals and take control of a situation that seems to have spiralled out of control for years, if not decades?

Ask for help. And keep asking for it until you get the help you need. Read books, ask questions, seek out answers, and NEVER EVER stop trusting yourself.

It would be easy to "seek out a guru" in a situation like this and place the burden of my salvation on their shoulders. I could absolve myself of all wrongdoing by seeking out someone with "answers" to "solve" my "problem". If/when it didn't work, it wouldn't be my fault.

"Well, I'm still overweight, so you aren't doing your job!"

It's also easy to blame yourself, which makes trusting yourself even harder. I could easily find any number of "reasons" to justify my current physical condition.

Neither one of these positions is helpful. In fact, the best course of action is what I call "Ruthless Honesty". My friend Teresa Romain calls it AWOJAWA (Awareness without judgement. Awareness with acceptance).

You are where you are. It didn't happen overnight, and no amount of wishing you were somewhere else will get you there. The only way to change where you're at is to get moving. Pick a direction and start moving. It'll be hard to start. Like pushing a car from a dead stop, it takes a lot more effort to begin momentum than it does to sustain it. Sometimes the hard part lasts a lot longer than you think it "should". I know hard. I've lived a LOT of hard. I'm still living some hard. There are days when it feels like "hard" is dogging my heels.

And sometimes we make things harder than they need to be. We obsess over a dress that really doesn't look that bad even though it's a little shorter and snugger than the ones everyone else is wearing. We get a call about a friend being arrested and we future trip about all the stuff that's going to change in your life because of it.

The best thing we can ever do is be fully where were at in the moment we are there. Give 100% of your attention, 100% of yourself to where you're at right now. Don't color this moment with past or future visions. They don't apply. This moment, right now, is your truth. It's where you live. It's all you really have. What are you going to do in this moment to improve the next one?

Every moment is a new beginning

Notice, I said "begin to move away". The reason the Titanic hit the iceberg is because they started turning the ship too late. It takes time to turn a ship around. The bigger the ship, the longer it takes to turn it. Give yourself the time you need to turn your ship around (and add some extra time cushion just in case). I think TobyMac said it best: "Every day is a chance for a new stance, like every song is the beginning of a new dance."

How will you dance today?

Too many projects, but not enough money? 5 tips to fix that fast.
Lisa Young

As a recovering overachiever, I've learned a thing or two about spinning plates. In fact, some might call me a pro. I can't count the number of times I've heard someone say: "Damn, Lisa! How do you manage to get so much done?" "Lisa, you are EVERYWHERE! How do you do it?" "You seem like you've […]

Read More
What my photo shoot taught me about pricing (it's not what you think!)
Lisa Young

This week I had an AMAZING photo shoot that's been several months in the making. I knew when I landed in Nashville, starting over would take up a good portion of my first year here. I also knew that I had projects that still needed to move forward: I've been sitting on Creative Freedom for a […]